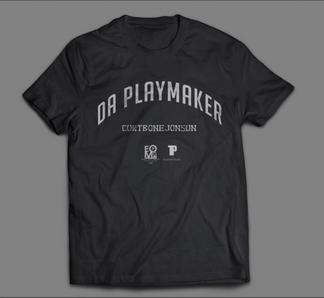 Thank you for contacting us! If needed, you will hear back within 48-72 hours.

Motivated by all the "Nay Sayers"

CurtboneJonsun takes it to the streets and

release his rawest compilation to date.

CurtboneJonsun - "There comes a time, you just know your destined for greatness. 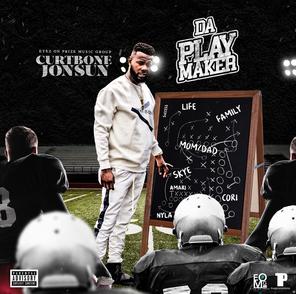 Born Curtis A. Johnson and raised in the Northeast section of Washington
DC, CurtboneJonsun is no stranger to struggle and strife. Seeing first hand some of the pitfalls of life, Curt has made concerted efforts to empower not only himself but others around him seeking a way of tribulation and wanting nothing more than to write their own success story. Finding his love for Hip Hop at the age of 10, Curtbone used the influence of local MCs whom he would often witness freestyling in the neighborhood as a measuring stick carefully crafting his own wordplay. Ahead of his time, Curtis knew he was on the path to greatness and began releasing his own music by 11. Oddly enough the first person to gravitate to his music was his beloved grandmother.

"I know that can be somewhat of a surprise given all the stories about peoples family deterring them from Hip Hop because of the content, my grandmother encouraged me. Maybe she saw in me what I always saw in myself."

Continuing to do music throughout his teenage years, by 17 he saw huge progress and a major turning point ( the birth of his son Amari) added motivation. Soon after Curt met a producer by the name of Dre Mack Africa who mentored and showed him the ins and out of the music industry. Later they would form a group called Andre Curtis and release a solo record called Bad to the Bone.

Curtis became recognized by his peers in his community and continued recording music for a more regional audience. In 2011 Curtis started his own Independent label Called EYEZ ON PRIZE MUSIC GROUP and went on to cultivate a team of MC's and a R&B artist under the E.O.P.M.G umbrella. Releasing BUILDING A BRAND VOL 1 via DatPiff in 2012 Curtis saw his goals come full service as his calling was being answered as an artist, business owner and leader. May 2015 would see the release of BUILDING A BRAND Vol 2.

Today Curt is taking his craft to new levels as a headlining act on the ON THE WAY TOUR presented by Talent Tonight. His recent releases are well acclaimed and his future bright as he looks towards 2017 with great promise.